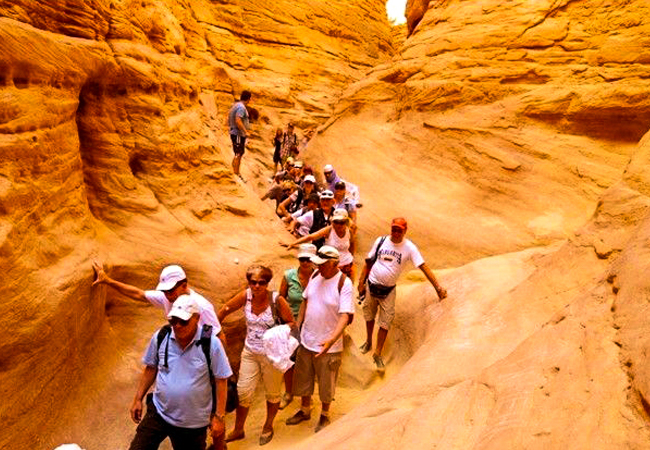 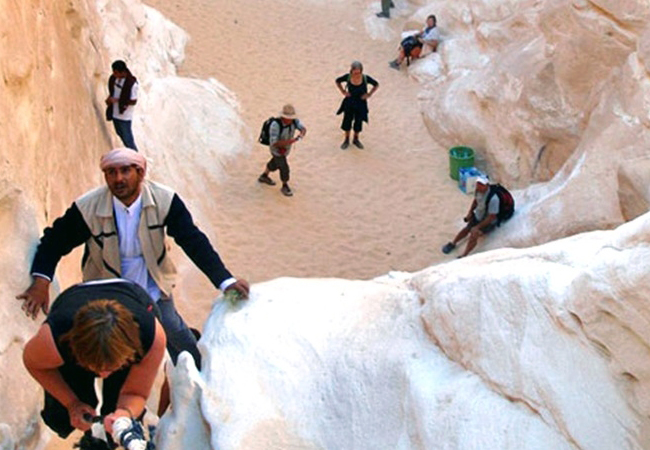 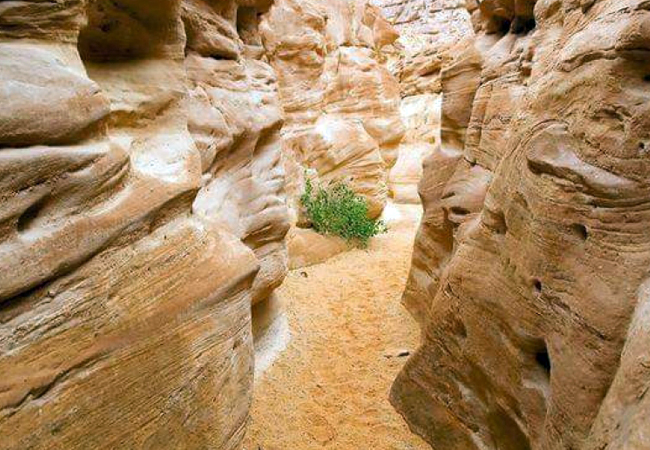 The start of the movement from Sharm El Sheikh from your hotel at 5:00 am in the direction of Nuweiba city in an air-conditioned bus. When we arrive at Camp Nuweiba, we have breakfast on the sea (Bedouin breakfast) honey, pancakes and cheese.. Then we ride the jeep and then head to the desert to see 2 canyons.
The first canyon in the desert will be the colored canyon and this is one of the best mountains in Sinai.
As for the second canyon, it will be the white canyon, and here we will see the beauty and magic of the white magicians in the Gulf of Aqaba. After that, we will return again to the camp.
It's time to ride camels on the shore of the Gulf of Aqaba and enjoy taking memorial photos while watching the beauty of the Sinai mountains and its charming sea
After that we will ride a quad bike for an hour and make a safari trip in the Nuweiba desert with watching the mountains and the Bedouin life in Fjord Bay and taking pictures with the panorama of Ras Shaitan
Now it's time for the sea. We will take a cruise on a luxury yacht near Taba and go to Salah El-Din Castle on Pharaoh's Island.. We will do swimming and snorkeling near Pharaoh's Island and also have lunch on the yacht
At this point we can see 3 countries at the same time, namely Jordan, Saudi Arabia and Israel
After completing the cruise, we are preparing to return again in Sharm El Sheikh with the same air-conditioned bus

Specifications
Included
Not Included
Take With You
Book now

Need Help for any Details?